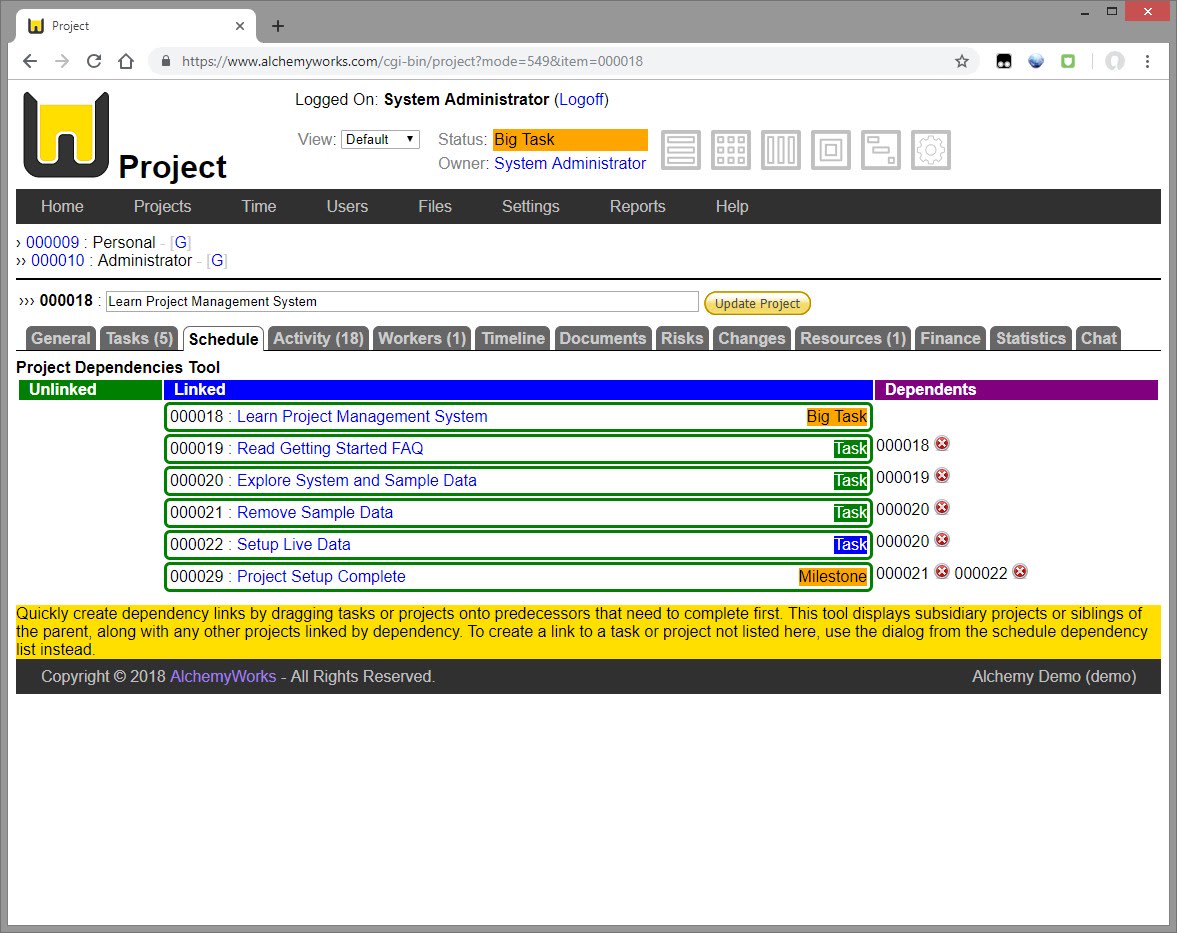 The dependencies tool provides a drag and drop interface to quickly create links between dependent tasks and projects. It can be found under the schedule tab within the project edit dialog.

Simply drop a task over another task or project which it is dependent on to create a link.

To remove a dependency, just click on the 'X' next to the link.

Should any recursive or cyclic dependecy links be created, then the entangled projects will be shown in a separate conflicted list. Remove the conflicting links to undo the deadlock.

By default this interface shows all linked tasks and projects related to the current project, along with any subsidiary tasks or siblings if there are none of these. Linked and unlinked tasks show in separate lists.

Even if not shown here, dependency links can be created to any project in the system through the schedule dependencies list dialog. Once linked, these remote links will show up in the dependency tool.

The scheduling engine uses dependency links to order tasks in the calendar along with priority. Dependencies take precendence over task priority.